This year’s music is a mash-up of two old (but awesome) songs and one of our favorite songs from last year — SuperFreak, Pump Up the Jam, and Can’t Stop the Feeling.

Some of these dance moves might look familiar because they’re based on mom stuff like looking for your car in the Supercenter parking lot, brushing the mama drama off your shoulders when the kids get intense, driving the minivan, honking the horn (in the school car line, anyone?) Our fave Zumba teacher, choreographer and fellow mama, Kelsey Lee, even threw a little Roger Rabbit in there, just for those of us who remember the 80′s.

Have fun learning the moves (it counts as cardio, right?), but don’t worry if you forget some during Prom night. Kelsey will jump on stage to lead the Mob through the dance. It’s optional, so you can always watch the rest of us and enjoy the (mostly) synchronized Flash Mob. It’s all good.

Thank you to Kelsey Lee, who has been choreographing our Flash Mob dances for the NWA Mom Prom for four years now! Thanks so much, Kelsey. Can’t wait to dance with you on Prom night. 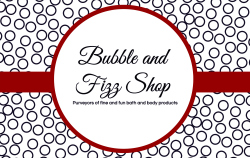